How to Prepare for INDIAN ECONOMIC SERVICE (IES)

Home » Blog » How to Prepare for INDIAN ECONOMIC SERVICE (IES) 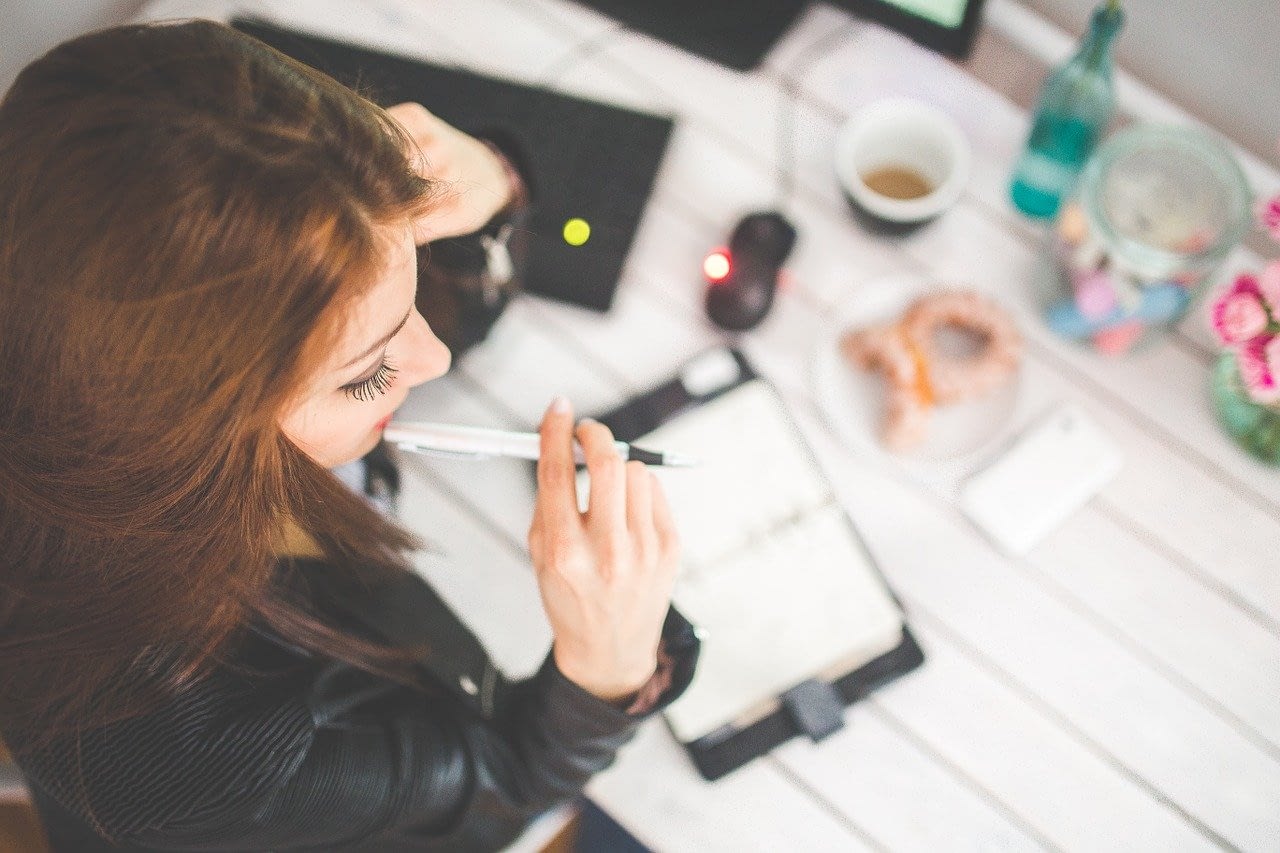 Hello friends, this is Bhawna Pal, an Economics post graduate from Fergusson College, Pune. I did my Bachelor in Economics from Banaras Hindu University (BHU). Today I am going to share with you about the most coveted service in the field of economics, ‘INDIAN ECONOMIC SERVICE’ conducted by UPSC. Most of us don’t have an idea about the scopes of the subjects we have taken in our Bachelors or Masters. So, this website is meant for supplementing your knowledge with the diverse scopes of various subjects. I really feel privileged to get the opportunity to share my knowledge and information regarding this exam. First of all, I will go with the introduction of this exam so that you can get a basic idea about what kind of exam exactly.
INDIAN ECONOMIC SERVICE
The Indian economic service (IES) is the administrative inter-ministerial civil service under group A of the central civil services of the executive branch of the Government of India.

Mode of Direct Recruitment
Friends, it is very imperative to mention here that selection of candidate is done on the basis of direct recruitment through an all India competitive exam, called the IES exam, conducted by UPSC. The notification for conduct of the Examination will, as far as possible, announce the number of vacancies (including reservation for Scheduled Castes, Scheduled Tribes, Physically Disabled categories and Other Backward Classes) to be filled, as indicated by the Cadre Controlling Authority.
Age Limit:
A candidate must have attained the age of 21 years and must not have attained the age of 30 years on the first day of January of the year in which the examination is held, subject to relaxation in the upper age limit for such categories as notified by the Government from time to time.

Educational Qualifications:
In order to sit in this exam, a candidate must have Post-graduate Degree in Economics or Applied Economics or Business Economics or Econometric from a recognized University. A candidate who has appeared at a qualifying examination, the passing of which shall render him/ her eligible to appear at the IES Examination, but has not been informed of the result, can also apply for admission to the examination.
Scheme of Examination:
Here, I have discussed about the nature of the exam. I have tried to simplify the pattern as simple as possible. You can see the flow chart where it is clearly stated that The IES examination is structured into:
1. Written Examination Consisting of papers viz.
I.        General English (100 marks),
II.        General Knowledge (100).
In economics, there are four papers namely
I.        Economics Paper-I (200),
II.        Economics Paper-II (200),
III.        Economics Paper-III (200) and
IV.        Indian Economy (200)].
2.  Viva-voce (200):
A candidate, who obtains the minimum qualifying marks in the written examination, as fixed by the UPSC at their discretion, is called by UPSC for viva-voce. Candidates called for viva-voce are also required to undergo Medical Examination Part-I (i.e. Medical Examination minus X-Ray examination of Chest) by the Central Standing Medical Board.
Steps for Appointment:
UPSC recommend to the Government, candidates successful in the IES Examination, for appointment to the service. Successful candidates are required to undergo Medical Examination Part-II (i.e. X-Ray examination of the Chest) by the Central Standing Medical Board. Offer of appointment is made to those successful candidates, who have been declared fit consequent to the Medical examinations, and after receipt of their satisfactory antecedent and character verification reports. After discussing about the background and nature of the exams, here comes the most important part i.e. the syllabus and the required books from where to get the right study materials. There is nothing to worry about this as I have mentioned the syllabus in a very lucid manner along with their sources.
Syllabus for Examination
1.   GENERAL ENGLISH
In the General English paper, Candidates will be required to write an essay in English. Other questions will be designed to test their understanding of English and workmanlike use of words. Passages will usually be set for summary or precise.  The questions will be based on the following: ·
I. Essay
II. Precise writing
III. Sentence formation
IV.Synonyms/ Antonyms
IV. Active/ Passive voice
V.Direct/Indirect speech
VI.Sentence correction

For all this you can refer to the book ‘Objective General English’ (arihant publication) by S.P BAKSHI which is considered to be a very good source for competitive English.
2. GENERAL STUDIES
This paper includes the general knowledge of every day observation regarding politics, economics, environmental and geographical aspects. For this section, reading NCERT (6th to 12th) would suffice.
3. ECONOMICS PAPERS
Friends, we have seen that, economics has major role to play in this exam as it consist of four papers of total 800 marks. Now, let’s discuss about the sections which are included in the respective papers of economics.
GENERAL ECONOMICS
1. ECO PAPER –I Includes Microeconomics, macroeconomics, and mathematical economics
2. Eco paper –II Includes Growth and development, international economics, monetary economics, and econometrics.
3. ECO Paper-III Includes Environmental economics and public finance.   4. ECO Paper- IV is completely related to Indian economics except few topics.
General Economics-I
I have disintegrated each topic into small sub- topics so as to make it easy  for you to understand the syllabus thoroughly.
Micro economics:
1. Theory of Consumer’s Demand: Cardinal Utility analysis, Indifference
Curve analysis-Income and Substitution Effects, the Slutsky theorem –       revealed Preference approach.

Sources: H.L Ahuja, A. koutsiannis, M.L Jhingan. You can refer any of the given books. But, for this section A. Koutsiannis is the good source where you can get concise material.
2. Theory of Production-Factors of Production-Production Functions-forms of Production Function: Cobb-Douglas, CES and Fixed Co-efficient type – Laws of returns-Returns to scale and returns to a factor-Partial equilibrium versus general equilibrium approach-Equilibrium of the firm and the industry.
Sources: Same as above
3. Theory of Value: Pricing under various forms of market organization like perfect competition, monopoly, monopolistic competition and oligopoly.         Public Utility Pricing: Marginal cost pricing, Peak load pricing.
Sources: H.L Ahuja, A. koutsiannis, M.L Jhingan. You can refer any of the given books.
4. Theory of Distribution: Macro-distribution theories of Ricardo, Marx, Kalecki, Kaldor-Neo-classical approach: Marginal productivity theory of       determination of factor prices-factor shares and the ‘adding up’ problem –     Euler’s theorem-pricing of factors under imperfect competition.
H.L Ahuja is best for this section.
5. Welfare Economics-inter-personal comparison and aggregation problem,        divergence between social and private welfare, compensation principle,          Pareto optimality, Social choice and other recent schools, including              Coase and Sen.
SOURCES: HL Ahuja
Macroeconomics:
1. Concept of national income and social accounting.
SOURCES: 12th NCERT Book for macroeconomics.
2. Measurement of national income. Inter-relationship between three           measures of national income in the presence of the Government sector       and international transactions
SOURCES: H.L Ahuja, 12th NCERT book, M.L Jhingan.
3. Theory of Employment, Output and Inflation-the Classical and neo-         classical approaches. Keynesian theory of Employment. Post-Keynesian       developments. Inflationary gap-Demand-Pull versus Cost-Push Inflation-       the Phillip’s Curve and its policy implications.
Sources: HL Ahuja; Shapiro; ML Jhingan; Dornbusch and fisher.
Mathematical Economics:
1. Mathematical Methods in Economics: Derivatives-basic rules of             differentiation and its applications to economic functions.
2. Optimization (concept) -Matrices and their applications in Economics, Input-Output model (concept).

3. Linear Programming and its applications.