Arise! Awake! And Stop Not Till The Goal Is Reached

Home » Blog » Arise! Awake! And Stop Not Till The Goal Is Reached 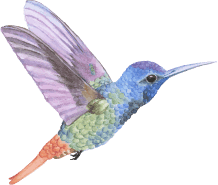 Hello, I am Niraj Keshri. I did my B.Tech. in Chemical Engineering at Indian Institute of Technology, Kharagpur. I am a teacher by choice. Currently, I am teaching Mathematics for JEE (Main & Advanced) at PACE IIT & Medical, Mumbai.
In this article I am going to tell about my journey from being an average student from a middle-class family to being an IITian. I am also going to talk about the preparation strategy one should use to get success in such a highly competitive exam like IIT JEE. Joint Entrance Examination (JEE) is an engineering entrance examination conducted for admission to various engineering colleges in India. It is constituted by two different examinations namely JEE Main and the JEE Advanced. The first stage is JEE Main. Around 12 lakhs students appear every year for JEE Main all over India out of which only around 2 lakhs students qualify for the JEE Advanced. Through JEE Main one can get admission into various National Institutes of Technology (NIT) and some other states engineering colleges.

JEE Advanced is conducted by one of the seven zonal IITs (IIT Roorkee, IIT Kharagpur, IIT Delhi, IIT Kanpur, IIT Bombay, IIT Madras, and IIT Guwahati) under guidance of the Joint Admission Board (JAB). Through JEE Advanced one can get admission into various IITs. It is recognized as one of the toughest examinations in the world and is one of the most difficult examinations of India to qualify. The admission rate is low and is around 0.90 % (i.e. only around 11000 students get admission in to IITs out of 12 lakhs students). Nowadays, JEE Main and JEE Advanced are conducted in fully online mode. One can appear for JEE Advanced only two times, one with class 12th board and the year just after it. But for JEE Main one can appear for three consecutive years starting from the year of 12th board.
It was the time when I was in class 8th, one of my relative cracked IIT JEE and got admission in IIT Delhi. I got inspired by him and started dreaming to crack IIT. When I was in class 10th. I appeared in a scholarship test of FIITJEE and luckily got a scholarship of 90% (without which I would never had got an opportunity to get coaching from such renowned institute due to money barrier). I got very excited and took admission into FIITJEE just after class 10th to pursue my dream. I was studying very hard there and was in good batch also, but I was not able to crack IIT JEE in my first attempt. I was very disappointed after JEE results but at the same time I got 90 % marks in CBSE class 12th board (something to celebrate).
I had got one more year to prepare for JEE but before starting that I had to analyze my previous mistakes which didn’t got me into IIT in first attempt. I am listing down some mistakes of mine.
1. Making a lot of friends during class 11th and 12th killed my lot of time in those two years, which I could have utilized in studying.
2. Not taking test on that serious note, which is the backbone of JEE preparation.
3. I left coaching in December after syllabus completion and went to my hometown for the preparation of Board examinations, due which I got disconnected from JEE syllabus till boards, which was the peak time for JEE preparation.
4. As I went to my hometown which is situated in one of the backward areas of Bihar for board preparation, I didn’t have any access to get appeared in Mock Test during peak time.
5. I used to study till late nights and wake up in afternoon, which I personally don’t think was the best way to study, as our effectiveness gets reduced drastically during late nights.

After all this, I again got a scholarship of 50 % in Resonance, Kota based on my JEE Main marks (120 / 360) which was again a great support to my family economic conditions. This time I was much more determined and avoided all my shortcomings in Kota.
My day at Kota started at 6:30 am in the morning. I used to go to coaching by bicycle and our lecture used to start at 7:30 am and ends at 1:30 pm. It took me around 20 minutes to reach at my mess from coaching where I used to take lunch and reach to my room finally at 2:30 pm. Just after reaching my room, I used to go for a nap of 1hrs and 30 mins. After which I used to study straight for 2hrs and then get some snacks/break in the evening for 15mins and again go for study for straight 2hrs. At 8:30 pm I used to go for dinner, and then talk with friends and family in dinner break of 1 hr. After which I again study from 9:30 pm to 12:30 am (sometime till 1:00 am) and then o for bed. This was the routine I followed for one year, I avoided all those mistakes which I did in my first attempt and finally all those hard works really paid off. I got selected in JEE Main as well as JEE Advanced and finally got admission in IIT Kharagpur in 2014.
I gave end number of Mock Test in my 2nd attempt which helped me to get away from those examination fear and helped me in increasing my speed as well and accuracy. As per my experience, Analysis of my shortcomings and improving them strategically played a very important role in cracking JEE.

Finally, I would like say that, “Arise! Awake! And Stop Not till the Goal is Reached!”.